They cry out like spoiled two-year-olds for their RIGHTS! Their method is to pillage, plunder, and KILL anything or anyone that stand in opposition of their cause. What do they want? FREEDOM!

Like a scene from an apocalyptic movie, the activities of the wicked ones become alarmingly emboldened, as those we elected to protect our ” FREEDOMS” shuffle their filthy feet along the darkening byways of America. Once the Land of the FREE and Home of the Brave, in a few short months, our country has become hamstrung. Where are our great Statesmen of old? Where are the great Christians Leaders of the day? When did the color of skin become a right to demand a bowed knee and a pot of gold from the long distant offspring of non-slave keeping ancestors? When did the life-sustaining precepts of Law and Order evaporate? The answer, my friend, blows on the tailwinds of unadulterated apostasy.

Although this falling away from Godly principles seems to have happened overnight, the subtle advancement of unthinkable wickedness began just a few years after creation. Read your bible; that book many cast aside as foolishness, and you’ll learn paramount truths concerning our modern times. The offspring of the forbidden fruit eaters learned to murder, fashioned idols from wood and gold, sacrifice their children to “other gods,” and even consumed them themselves. They blasphemed the Elohim of Abraham, grumbling against Him at their every turn during their Exodus! If all that was not enough, they killed the only WAY, TRUTH, and LIFE, choosing to murder the Savior in exchange for a bandit.  When you’ve lived enough, you’ll find that man’s gluttony for evil power has been an unending circle of WAR and repeating sins. Truly, NOTHING is new under the sun!

I appointed watchmen over you and said, ‘Listen for the sound of the ram’s horn.’ But they answered, ‘We will not listen!’ Jeremiah 6:17 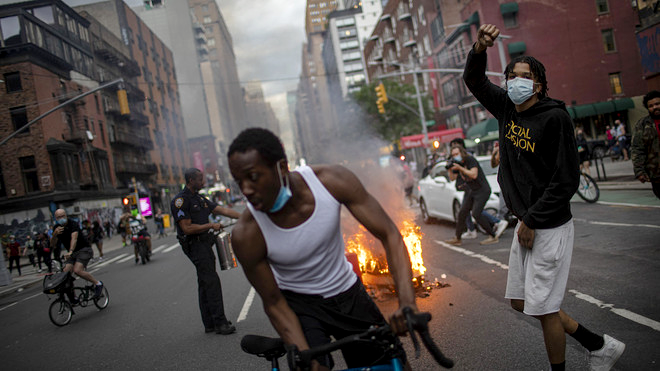 And don’t forget Sodom and Gomorrah and their neighboring towns, which were filled with immorality and every kind of sexual perversion. Those cities were destroyed by fire and serve as a warning of the eternal fire of Yahuah’s judgment.    Jude 7:7

For you formed my inward parts; you knitted me together in my mother’s womb. I praise you, for I am fearfully and wonderfully made. Wonderful are your works; my soul knows it very well. My frame was not hidden from you, when I was being made in secret, intricately woven in the depths of the earth. Your eyes saw my unformed substance; in your book were written, every one of them, the days that were formed for me, when as yet there was none of them. Psalm 139:13-16

The wicked are taking over, and too few seem appalled. What does this say about our nation’s moral fiber? What right have we as citizens of this planet to destroy what YAH has created? How can we imagine skewing the freedoms of democrocy, when Yahuah Himself grants us free will? WHO ARE THESE WICKED INSTIGATORS? Can we fathom them coming for those who stand in opposition? “A worthless person, a wicked man, goes about with crooked speech, winks with his eyes, signals with his feet, points with his finger, with perverted heart devises evil, continually sowing discord …“Proverbs 6:12-14

Those who STAND in opposition?

John the Revelator saw something horrifying while in a vision: “I saw the souls of those who had been beheaded for the testimony of Yahusha and for the word of Yahuah …” Revelation 4:20 Those doing Yahusha and His Father’s bidding will ultimately be the prime target as the enemy and state forces consolidate . Those who cry out for justice for the unborn, those who stand in rejection of the LGBT community, those who demand a return to the morality code of a once BLESSED nation – those few will soon be the adversary of the wicked.

Did you know serious talk of beheadings is happening RIGHT NOW? I’m not referencing radical Jehadists. I’m talking about an emerging group of Americans formerly called CHAZ. This past weekend, their RAPPER KING announced a name change, now calling this band of anarchists CHOP. The sickening meaning, according to his own mouth, is a direct reference to The French Revolution!  So will this be an isolated uprising? If I had to guess, given the swiftness of unfolding chaos zooming around the globe, probably not. It’s time, folks. Time to bend your knees in complete surrender to your HeavenlyFather. No one else cares …

← How Yah Handled a Stumbler
… BACKDRAFT … →