1
He who dwells in the secret place of the Most High, who abides under the shadow of the Almighty …
Psalm 31:20
You hide them in the secret place of Your presence from the schemes of men. You conceal them in Your shelter from accusing tongues.
2
he is saying of יהוה, “My refuge and my stronghold, my Elohim, in whom I trust!”
Proverbs 18:10
The Name of יהוה is a strong tower; The righteous run into it and are safe.
3
For He delivers you from the snare of a trapper, from the destructive pestilence.
Daniel 3:25
He answered and said, “Look! I see four men loose, walking in the midst of the fire. And they are not hurt, and the form of the fourth is like the Son of Elah.”
4
He covers you with His feathers and under His wings you take refuge; His truth is a shield and armor.
Isaiah 51:16
I have put My words in your mouth, and covered you in the shadow of My hand, to establish the heavens, to found the earth, and to say to Zion, “You are My people.”
5
You are not afraid of the dread by night or the arrow that flies by day,

Job 5:19
He will rescue you from six calamities; no harm will touch you in seven.
6
or of the pestilence that walks in darkness, or of the destruction that ravages at midday.
Job 5:21
You will be hidden from the scourge of the tongue, and need not fear destruction when it comes.
7
A thousand fall at your side, and ten thousand at your right hand; but it does not come near you. 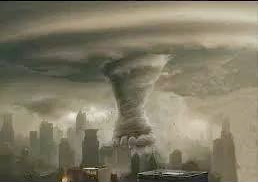 Genesis 7:23
And every living thing on the face of the earth was destroyed–man and livestock, crawling creatures and birds of the air; they were blotted out from the earth, and only Noah remained, and those with him in the ark.
8
Only with your eyes you look on and see the reward of the wrong ones.
Psalm 37:34
Wait for the LORD and keep His way, and He will raise you up to inherit the land. When the wicked are cut off, you will see it.
9
Because you have made יהוה (my refuge, the Most High) your dwelling place,

Ezekiel 11:16
Therefore declare that this is what the Lord GOD says: ‘Although I sent them far away among the nations and scattered them among the countries, yet for a little while I have been a sanctuary for them in the countries to which they have gone.’
10
no evil befalls you, and a plague does not come near your tent;
Proverbs 19:23
The fear of the LORD leads to life, that one may rest content, without visitation from harm.
11
for He commands His messengers concerning you to guard you in all your ways.

Luke 4:10
For it is written: ‘He will command His angels concerning you to guard you carefully;
12
They bear you up in their hands, lest you dash your foot against a stone.
Matthew 4:5-6
Then satan took Him up into the set-apart city, set Him on the edge of the Set-apart Place, and said to Him, “If You are the Son of Elohim, throw Yourself down. For it has been written, ‘He shall command His messengers concerning you,’ and, ‘In their hands, they shall bear you up, so that you do not dash your foot against a stone.’ ” יהושע said to him, “It has also been written, ‘You shall not try יהוה your Elohim.’ ”
13
You tread upon lion and cobra, young lion and serpent you trample underfoot.
Luke 10:19
“See, I have given you authority to tread on snakes and scorpions, and over all the power of the enemy. Nothing will harm you.”
14 “Because he cleaves to Me in love, therefore I deliver him; I set him on high because he has known My Name.

Psalm 9:10
And those who know Your Name trust in You, for You have not forsaken those who seek You, O יהוה.
15
“When he calls on Me, I answer him; I am with him in distress; I deliver him and esteem him.
Isaiah 65:24
“Even before they call, I will answer, and while they are still speaking, I will hear.”
16
“With long life, I satisfy him and show him My deliverance.”
Deuteronomy 6:1-2
“And this is the command, the laws, and right-rulings which יהוה your Elohim has
commanded, to teach you to do in the land which you are passing over to possess, so that you fear יהוה your Elohim, to guard all His laws and His commands which I command you, you and your son and your grandson, all the days of your life, and that your days be prolonged.